We're releasing on Steam Feb 5th! If you have a friend with a VR headset but doesn't hang out on itch maybe let them know ;)

So like with the last devlog these patchnotes are spoilery so just to be safe I'm going to put this picture of Aubrey's adorable cross stitch of the sad onion before the patch notes. 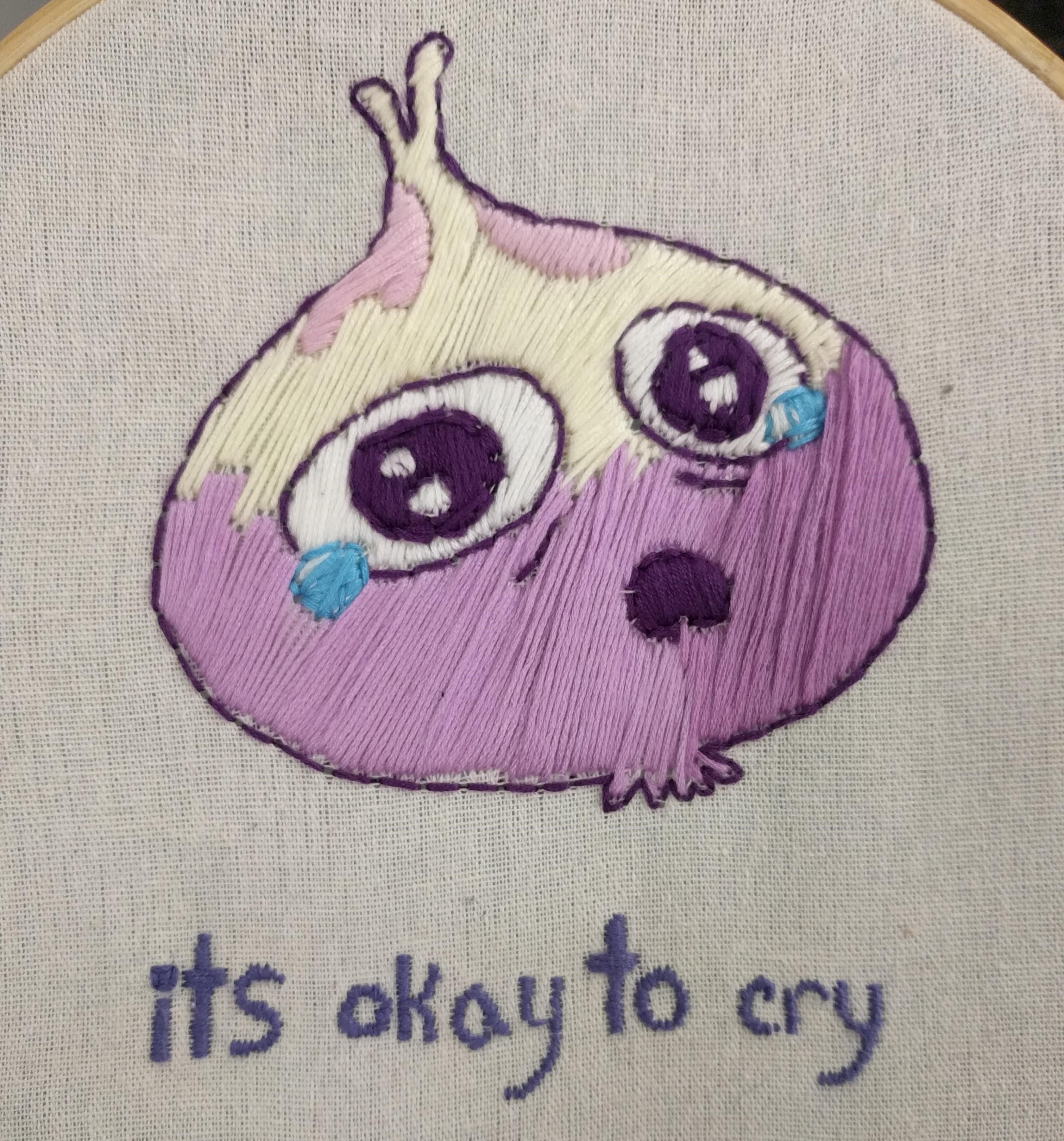 Oh hey you made it. The last patch was a quick fix, this one is much more sizable. Some of these are changes we have wanted to get into the game for a long time.

a VR experience about helping out